Devops is hot! And these days, everyone is diving into the provisioning game. I was invited by the company I work for, to visit the Devops Days together with some fellow engineers and the talks there really inspired me! Always eager to learn a new thing or two, I set myself the task of investigating Vagrant in combination with some flavor of provisioning; options for the latter being: Puppet, Chef, Ansible or Salt. I'm already in love with Vagrant, which I use all the time, to test out all kinds of tools I come across. I have absolutely no experience however with provisioning tools, so I wanted to learn that too. Ofcourse, finding time to actually get to it, proves difficult these days.

So when I wanted to check out the promising looking monitoring tool Sentry, and no working Vagrant setup seemed to exist to try it out in a Virtual Machine, an opportunity presented itself!

I'm a Python guy, so the obvious choice for a provisioning tool would be either Ansible or Salt. But at work, the hosting department uses Puppet, so it made sense to check that out first. A nice added bonus is that Vagrant has really solid Puppet support. A Vagrant setup for Sentry using Puppet, already exists by the way, but it hasn't been updated for a year or so, so unsurprisingly, it doesn't work anymore. Instead of trying to fix it, I decided to try writing my own Vagrantfile and Puppet scripts (called manifests). 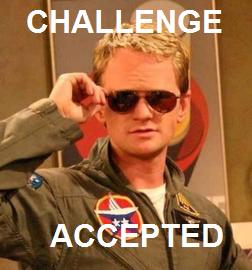 I could rehash here, what it is I have done, but the code is on GitHub, and it speaks for itself! What it basically installs is:

It's pretty basic, but I'm happy with the results nonetheless! I also immediately fell in love with Sentry! I'm definitely going to introduce it at Info.nl because I have the feeling it might be a game changer when it comes to the health of our applications and the sanity of our engineers.

All in all, learning Puppet wasn't too hard, but there are some gotcha's and caveats which I want to share:

I want to make the installation more OS-agnostic. Currently it's tied to Ubuntu/Debian because of the use of apt. I would also love to test it with other providers, so my plan is to try and use the scripts to install Sentry on a Digital Ocean droplet. In the meanwhile, I encourage anyone who is interested in Sentry to give it a spin and simultaneously feeling the joy of Vagrant and Puppet!